Get Traditional Living Inspiration Delivered Straight to Your Inbox!

It’s harvest time! And that means it is time to preserve summer’s bounty so that we can enjoy it in winter. One of the ways that I like to preserve foods is through Lacto-fermentation. Today I am going to tell you about this old-world preservation method. After that, I am going to show you how to make your own traditional lacto-fermented crock pickles!

Lacto-fermentation is just one of the many techniques I use to preserve my harvest. In addition to fermentation, I also preserve fruits, vegetables and herbs through canning, dehydrating and freezing.

How Does Lacto-Fermentation Work?

Lacto-fermentation uses good bacteria, lactic acid bacteria, that is naturally present in the environment to prevent bad bacteria growth in your preserved food.

How is Lacto-Fermentation Different From Canning?

Lacto-Fermentation is different from canning in two main ways:

Firstly, lacto-fermented foods generally have a shorter shelf life, and they need to be stored at cooler temperatures. For example, traditionally fermented sauerkraut will keep for up to 12 months at a range of 32-50 degrees Fahrenheit. Yogurt will keep for 1-2 months at that same temperature range. On the other hand, a jar of canned foods can last up to two years at room temperature.

How to Make Lacto-Fermented Crock Pickles:

Let your pickles ferment in your crock for at least two weeks (the longer they ferment, the more flavor will develop!). Check the rim seal everyday and add more water as needed.

Once your pickles have fermented to your liking, remove them from the crock and store with the brine in a glass jar in the fridge. They will keep for up to one year.

How to Make Lacto-Fermented Pickles in a Jar:

Making lacto-fermented pickles in a jar is very simple. Follow the first seven steps outlined above.

Now place a fermenting lid on top. These lids work similarly to the ceramic crock lid. They use water to create a seal that allows air bubbles out, but does not allow air in.

As above, let these ferment for at least two weeks. Then replace the fermenting lid with a regular jar lid and store in the refrigerator for up to one year.

If you try this recipe and enjoy it, I would be so grateful if you could come back and give it five stars! And I love to see your pictures of my recipes, so be sure to tag me on Instagram @verityfolkschool.

The amounts of each ingredient you need will vary based on the size of your fermenting vessel. Here are specific amounts for making one quart of pickles:

What else would you want to know about lacto-fermentation? Let me know in the comments below!

Previous Post: « Old-Fashioned Handmade Egg Noodles
Next Post: How to Make and Can Grape Juice From Scratch » 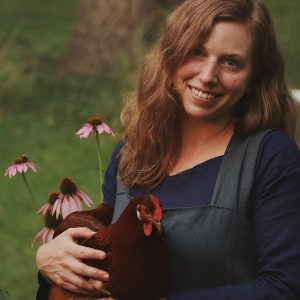 I’m Rachel, I am truly grateful to have you here. This is where I share my passion for bringing old-world folk ways to life in our modern day: traditional food, traditional handicraft and traditional skills. Visit the about page to learn more.

Hello to all of you who are new here, and thank yo

I used to feel very intimidated by the idea of mak

My garden is still keeping me very busy - usually

Today we finished processing our garlic harvest. I

This morning I woke up and headed outside for morn

Bread (bred) n. 1. A staple food made from flour 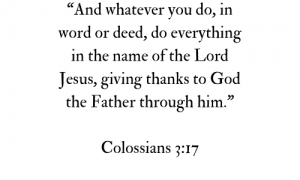